Violence claims two victims, the person or people victimized and the community, which experiences trauma, fear, and stress. Crisis response teams help residents, including witnesses of violence, cope with a violent incident and its aftermath.

Each year in the United States, millions of residents fall victim to violent crime, which also causes fear and stress to neighbors, children, businesspeople, and other community members. This strategy attempts to provide immediate intervention and support by community groups and local government.

The strategy depends on a multidisciplinary team of health professionals, counselors, police, and youth ready to respond immediately to violent crimes in the community. While on patrol or on referral from the police, the team visits neighbors, victims, and children in the community to help them cope with the trauma of violent crime and tell them where they can obtain counseling, medical assistance, or legal help. Some programs maintain contact with religious leaders, who may be called to the scene to help victims and their families. In communities with significant youth gang violence, the programs use community mediation techniques to diffuse gang rivalries and diminish the prospects of retaliation and additional violence.

The strategy’s success relies on collaboration between complimentary service providers from local agencies and community groups. Individuals and groups must establish communication links to ensure that team members respond as needed to violent incidents.

Participating agencies may find it difficult to provide enough staff to apply the strategy throughout the city. Close cooperation between agencies and the police department helps in determining where services will most likely be needed, maximizes resources, and lessens response time.

The Community Crisis Response Team of Cambridge Hospital includes health care workers, judges, teachers, parents, police, probation officers, social workers, and youth workers. Recognizing that violent crime victimizes all residents of a community, the program’s creators designed it to coordinate agency response to neighborhood occurrences of extreme and traumatic violence. The program focuses on trauma debriefings and training staff to deal with the psychological trauma of victims, witnesses, and neighbors. The program’s goal is to empower the community and foster its long-term resiliency through community crisis intervention. Using a National Organization for Victim Assistance handout on psychological trauma in children and adults, the team intervened at fifty-nine separate events and assisted more than seven hundred individuals in 1991.

Washington, D.C.’s Youth Trauma Team includes a group of psychologists, social workers, police officers, and recreation workers. Responding immediately to violent incidents, the team offers counseling and support to children and others in the neighborhood. The program receives support from Howard University’s Violence Prevention Project, which offers an after-school program and a summer camp for children who have witnessed violence.

The pastor who directs Mobile, Alabama’s Group Against Narcotics and Gangs intervenes at the scene of violent incidents on an on-call basis. Since 1990 his rapport with gang-involved youth has helped his team prevent violence on several occasions. The team mediates disputes among rival gang members and assists neighbors who feel threatened. The organization also offers runaway or displaced youth accommodations in a neighborhood safe house. 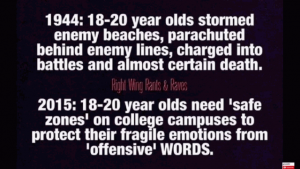